Dr. Hampikian is a professor of both Biology and Criminal Justice at Boise State University (BSU), a forensic DNA expert on Innocence Network cases around the world, and the founder and director of the Idaho Innocence Project at BSU. He helped establish Innocence Projects in Atlanta, Georgia; Ireland, and France. His research on Subjectivity and Bias in Forensic DNA was featured in the Economist and New Scientist; and he is a contributing columnist for the New York Times. Previous appointments include Yale University, Emory University, La Trobe University (Melbourne, Australia), Worcester Foundation for Developmental Biology (Wooster, MA), and the CDC. His work has been covered by Andersen Cooper, Good Morning America, Dateline, Nightline, 20/20, Time, The Wall Street Journal, Fortune, Science, Nature, New Scientist, Scientific American, Le Monde, and the Irish Times, among others.  His book Exit to Freedom with exoneree Calvin Johnson chronicles Mr. Johnson’s 17-year fight to prove his innocence using DNA.
Dr. Hampikian was recently inducted as a Charter Fellow of the National Academy of Inventors, and his DNA research covers a wide rage of topics including pioneering work on the smallest sequences absent from nature that he has termed Nullomers.  Using these Nullomers, Dr. Hampikian has invented a method of tagging DNA samples to prevent contamination of forensic evidence. His other inventions include 198 drugs made from Nullomer peptides that are effective against cancer and other diseases.  His research has been published in Nature, the Proceedings of the National Academy of Sciences, the Journal of Forensic Sciences, the Int. J. Legal Medicine, the American Journal of Anthropology, Peptides, Smart Materials and Structures, and others.  His diverse research interests include patents granted and pending covering power generation and miniature pumps using magnetic shape memory alloys. Dr. Hampikian is also an award winning playwrite, and his hobbies include playing guitar and arguing about the nature of reality with his three children.

Laura Wendell is a research scientist working in the laboratory of Dr. Greg Hampikian. After graduating from Loyola University New Orleans with a BS in Forensic Chemistry, she held a Forensic DNA Technician position in the Jefferson Parish Regional DNA Laboratory in Harvey, LA, followed by a Forensic DNA Analyst position at the Harris County Institute of Forensic Sciences (HCIFS) in Houston, TX. Laura has been qualified in a court of law as an expert in DNA analysis. She has presented work at professional meetings to include the Association of Forensic DNA Analysts and Administrators and the International Symposium on Human Identification (Promega). Forensic-related research conducted by Laura for Dr. Hampikian has been published in Smart Materials and Structures. She is earned a MS from Boise State University in Biology. When not writing, she conducts case reviews and writes reports for Dr. Hampikian as a defense expert in DNA, and has been involved in casework for the Idaho Innocence Project. She believes fervently in the expression “trust, but verify”. Laura is also the proud wife of an Air Force JAG and mother of a toddler.

Michael Davis is an adjunct faculty member at Boise State University, the College of Western Idaho, and Carrington College Boise.  Mr. Davis received his Master of Science degree in Biological Science in 2010 from Boise State University, where his thesis research involved an analysis of genetic variation in people with Basque ancestry, using mitochondrial DNA sequence data.  He has collaborated with researchers in the Basque Country (Spain) on an analysis of Y-STRs in both native European and immigrant Basque populations.  Additionally, Mr. Davis has performed research on methods for DNA extraction from fixed tissue, and novel methods for overcoming PCR-inhibitors in forensic samples.  His research has been published in the Journal of Physical Anthropology, the Journal of Forensic and Legal Medicine, Human Biology, and the International Journal of Legal Medicine.  Besides his teaching duties, Mr. Davis works part-time in the laboratory of his thesis co-advisor, Dr. Greg Hampikian, where he continues his research on the genetics of the Idaho Basque population, currently working on a population genetic analysis of STR data.  He has also conducted case reviews for Dr. Hampikian, involving the calculation of various forensic probability measures.  Mr. Davis graduated from the University of Alabama in Huntsville with a B.S. in Biological Sciences.  He has presented his research at meetings of the American Society of Human Genetics, the International Symposium on Human Identification, and the Northwest Association of Forensic Scientists.

Attorney McShane is a trial attorney who specializes in using forensic science in defending citizens amongst us who have been accused by the Government. He is nationally known and well regarded for being a skilled and fierce litigator, but is also well known for his strong understanding and in-depth knowledge in all forms of forensic science. He is a litigating attorney for the Pennsylvania Innocence Project. He has earned Board Certification both in DUI Defense Law by the National College for DUI Defense (NCDD) (the first and only Pennsylvania Lawyer to do so and also was the youngest person in the United States ever to be so certified) and as a Criminal Trial Advocate by the National Board of Trial Advocacy, a Pennsylvania Supreme Court Approved Agency. He has also earned certification in Forensic Sobriety Assessment, the first attorney to do so in the nation. He is a Sustaining Member, a State Delegate, and Regional Coordinator with the NCDD. He is the 2012 NCDD Dean’s Award recipient. He has been named as Faculty for the NCDD. He received the 2012 Pennsylvania Association for Drunk Driving Defense Attorneys (PADDDA) Outstanding Achievement Award. He is a frequent invited guest lecturer at national, state and local seminars that are attended by prosecutors, police, investigators, lawyers, judges, academics, scientists, machine manufacturers, and policy-makers. He has been invited seven times to lecture at the American Chemical Society (ACS) National meeting and has presented three times at the 2011, 2012 and 2013 American Academy for Forensic Science (AAFS) national meetings. He was named a Fellow with the American Institute of Chemists. The ACS has named him a Senior Assistant Chromatography Instructor. He serves as the co-chairman of the Forensic Science section of the ACS-Chemistry and the Law Division. In 2013, he was named to The National Trial Layers Top 100 list. He is the Chairman/CEO of The McShane Firm, LLC, a seven attorney criminal defense and DUI law firm. He maintains two blogs: Attorney Josh D. Lee focuses his practice on defending the citizen accused of driving under the influence. He is nationally recognized for his knowledge of the science of blood testing and is a frequent lecturer on DUI/DWI related topics in his home state of Oklahoma as well as across the United States. He has been invited to lecture at the American Chemical Society national meeting on two occasions. He is one of only two attorneys who have taught at the American Chemical Society course on Gas Chromatography held at Axion Analytical Laboratories in Chicago Illinois. At this course he and Justin McShane taught alongside the legendary Dr. Harold McNair. Furthermore, he is a published author on the topic of Gas Chromatography. Mr. Lee is also a certified instructor of the Standardized Field Sobriety Tests, certified independent operator of the Intoxilyzer 5000 and Intoxilyzer 8000 by the State of Oklahoma, as well as trained in the Drug Recognition Expert program. Mr. Lee is a founding member of the firm Ward & Lee, PLC, serving the citizens of northeast Oklahoma. He is a member of the American Chemical Society, the National College for DUI Defense, and the Oklahoma Criminal Defense Lawyers Association. 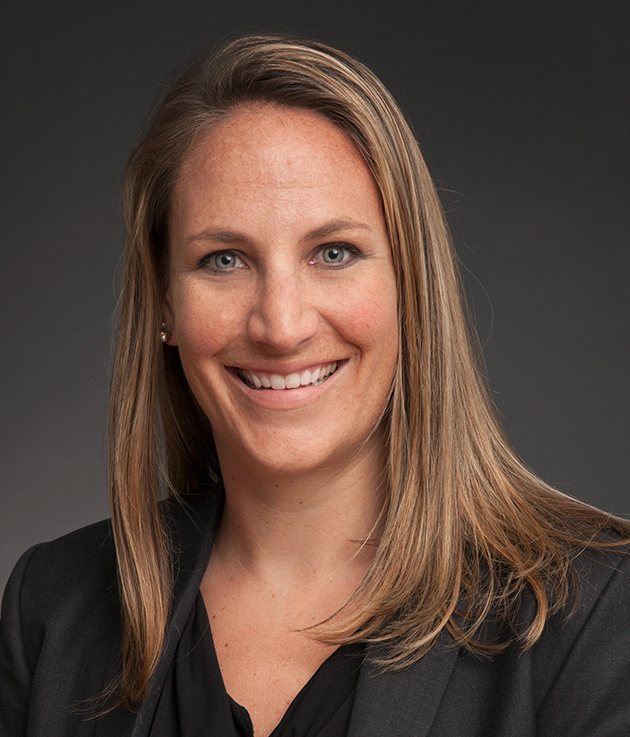 Katherine attended law school at California Western School of Law. Based on academic achievement, Katherine was invited to be a part of the CSWL law review. She served as an associate writer and associate editor for both the California Western Law Review and International Law Journal. During school, Katherine also interned at a civil litigation firm and at the District Attorney’s Office.

After graduation, Katherine returned home to Colorado and began work at the 1st Judicial District Attorneys office as a Deputy District Attorney. After working for 3 1/2 years as a DA and gaining valuable courtroom experience, she left for a more rewarding career in criminal defense. In addition to litigating hundreds criminal cases, Ms. Kennedy has also attended numerous seminars about DNA defense and forensic science to continue to expand her skills as an advocate.